Today was the grand opening ceremony of Trump HQ in Lorain County. Party Chairman, David Arredondo, spoke to a friendly crowd of enthusiastic Trump supporters.
He talked about the 2016 election, and what we should expect for 2020. He stressed the importance of early voting, and reminded folks they could vote in-person at the Board of Elections when early voting begins. Due to high demand for Trump yard signs, Chairman Arredondo instructed supporters to visit the website and sign up on the volunteer form. Simply check the box that reads "yard sign" and you can request a delivery or come pick it up from Trump HQ.
The 2016 HQ staff was recognized, as well as the area chairs, and local candidates in attendance. Among them were Judge Julie Schafer, US House candidate Rob Weber, County Commissioner candidate Michelle Hung, State Representative candidate Brad Lacko, County Recorder Candidate Mike Doran, and County Prosecutor candidate Bob Gargasz.
Trump Field Organizer Charles Lovett gave compelling remarks about reelecting President Trump and called on supporters to get involved and not sit this election on the sidelines. He announced a weekly phone bank meet up in the works and stressed that everyone can do their part, even if its just a few phone calls from home, or a few door knocks, every little bit counts.
The newly Christened Trump HQ is stocked with yard signs from Republican candidates up and down the ticket. The front table has literature from all of our candidates and you are welcome to come grab some to learn more about who is running for office in YOUR community.
There was a ceremonious exchanging of keys between Chairman Arredondo and Trump Field Organizer Charles Lovett. The over-sized elephant key-chain was a great touch.
After the exchange and some closing remarks folks picked up signs and signed up for volunteering and got to socialize a bit before heading back out into the world hoping to God we show up this election season and re-elect President Donald J. Trump. 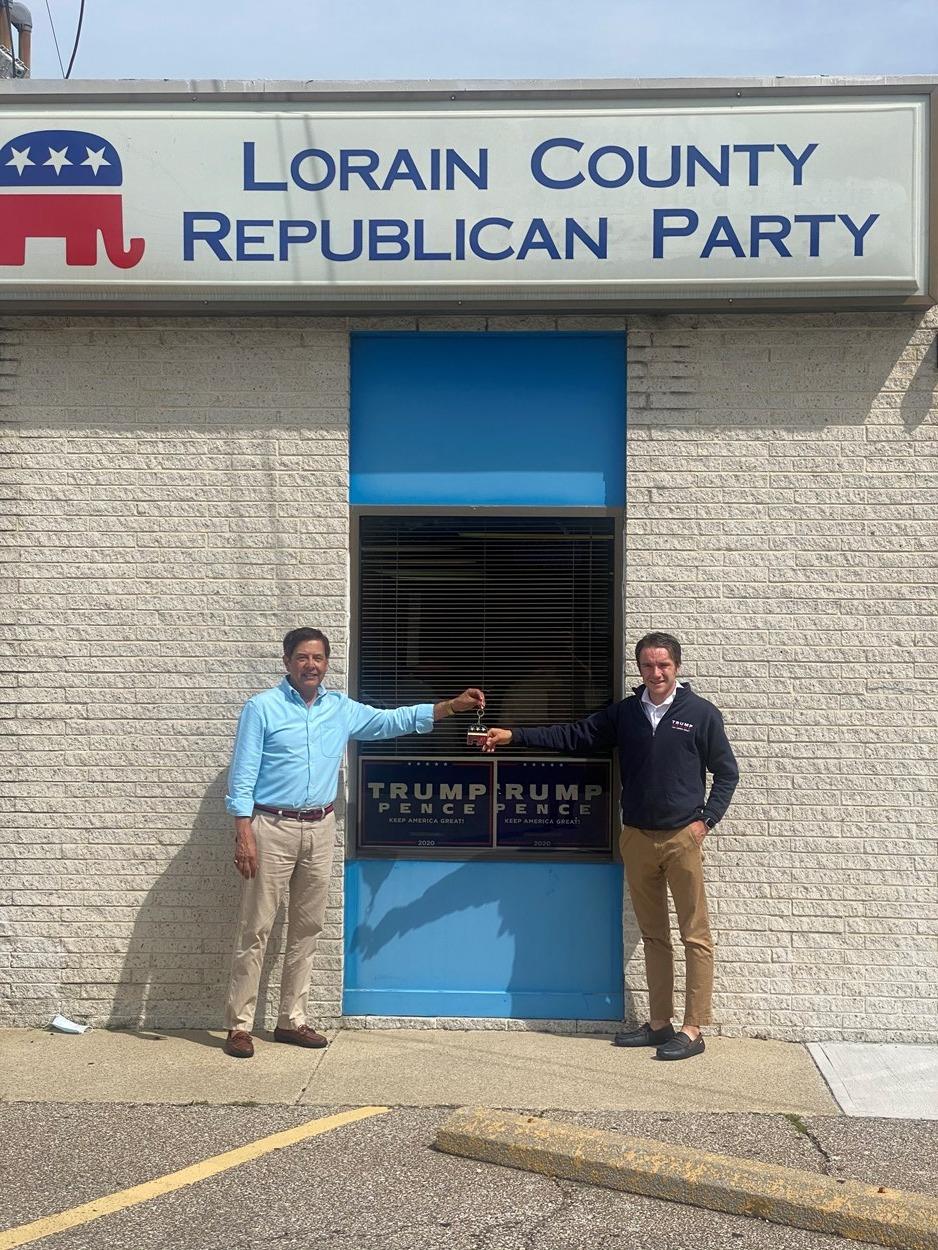