General Election 2022 Analysis 10/18/2022
As of today we’re about 21 days from Election Day. There are many pollsters and analysts who are weighing in with their predictions on what the outcomes will be. Herein is my take with some additional factors.

A. Mid Term History:
It is widely known that the incumbent president’s party loses congressional seats as well as state offices. Only twice in the past forty years has this not happened. Another indicator is the president’s approval rating. Generally, the lower the approval, the bigger the losses. Just four years ago Republicans lost forty House seats. The biggest negative was Trump and the many investigations. Also, the Kavanaugh confirmation hearings were ongoing.
Internationally and economically, all was quite. The border was secure, no inflation, low interest rates and unemployment. No wars or threats of nuclear wars. ISIS and Islamist terrorism had been eliminated. No increase in crime. Despite all this, Republicans still lost seats and control of the House. In short, there was very little adversely affecting voters.
Again historically, Republicans did not turn out in sufficient numbers compared to Democrats in the races that mattered.

Conversely, this year we see many crises affecting voters, especially low-income and blue collar workers. This year, there are many more reasons for voters to turnout and vote Republican. By comparison with 2018, Republicans should gain control of the House with a minimum of 25-30 seats and the Senate with 3-4 seats.

B. Polls:
For sometime now, polls are not showing a decisive outcome that would favor Republicans. In fact, there are in some cases, a positive outlook for Democrats due to the involvement of Former President Trump and MAGA Republicans. There is also hope from some pollsters that opposition to the overturn of Roe v Wade will turnout mostly women to vote Democrat.
Over the past several election cycles, some polls have been badly mistaken in predicting outcomes and or percentages. Why would they be more accurate now? Just last week Brazilian pollsters predicted that Far Left former president Lula da Silva would defeat incumbent president Bolsonaro 50-35%.
The final outcome was Lula 48% Bolsonaro 43%, resulting in a runoff election October 30. A recent poll has Lula at 50% and 42% for Bolsonaro. We shall see.

C. Ohio:
Ohio voters will be a major factor in deciding the open senate seat as well as some congressional seats.
The Current Landscape. Two primary elections in May and August resulted in more Republicans than Democrats voting by more than 2-1. This included many Democrats as well as Independents who asked for Republican ballots.
It remains to be seen now how the majority of independents vote who did not vote in the primaries.

D. The Governor’s Race:
In 2020, Donald Trump won Ohio by 8% and helped carry many of our candidates from top to bottom. Mike DeWine is in a similar position at the top of the Republican ticket. DeWine polls very favorably with Independents and many Democrats as well. Recent polls have him with a double digit lead over Nan Whaley. It’s conceivable that he can win 56-44%. I think he can possibly hit 60% due to bigger margins in 80 counties outside of the major urban areas. In the May Lorain County Republican, primary he earned 52%.

E. State Offices:
The other four contests are for current incumbent office holders who already have statewide ballot recognition, something their Democrat opponents badly lack.

F. U.S. Senate:
Democrats and their allies in the Mainstream Media want you to believe that Democrat Tim Ryan has a chance to pull an upset and beat JD Vance. Given everything stated above, it is highly unlikely that this will occur.
Right now in Ohio, the Republican brand is very strong, fortified with many incumbents who are well funded and well organized, something which the Democrats badly lack. If Ryan has a chance, why does he wish to distance himself from Biden, Harris, Pelosi, Shumer, etc.? And why has the Democrat Senate Campaign Committee moved their money to other races in Georgia, Arizona and Nevada where they need to keep those seats? Several weeks ago Trafalgar’s poll had Vance 50%, Ryan, 45%. The gap will only widen.
So the top of our ticket looks strong. If most voters choose Republicans in the top 10, do you think they would deviate and vote Tim Ryan instead of JD Vance? DeWine-Husted, Yost, Faber, LaRose, Sprague, Kennedy, Fisher, Pat DeWine, RYAN?, Latta, Nathan Manning, etc...I seriously doubt it.

G. Ohio Supreme Court:
Over the past four years, Democrats have gained three seats on the court. This year for the first time, candidates will be identified as either Democrat or Republican which should favor Republicans. The Chief Justice position is open and Justice Sharon Kennedy is the Republican candidate. She has the advantage of having been on the ballot in 2020 when she was re-elected. Then, there was no party ID abut she won many votes from Democrats who thought she was a Democrat. She won’t need that this year. Incumbents Pat Ficsher and Pat DeWine are also on the ballot and opposed by Democrats who have no statewide ballot recognition.

H. Lorain County Outlook:
As mentioned earlier, a majority of Lorain County voters asked for the Republican ticket. Prior to May 3, there were approximately 30,000 Democrats and 17,000 Republicans. After the August 2 primary Democrats numbered 33,000, Republicans 32,460, a difference of 540 voters.
Also, there was a shift in the heavily Democratic City of Lorain where a majority of all voters are non Partisan. Prior to the primaries approximately 6,000 were Democrats, 2,000 Republicans. After the primaries, Democrats were 5000, 3000, Republican. Lorain has many Puertoriquen and Mexican residents. Is it possible that some may have switched parties during the primaries?

I. Hispanic Voters: For more than one year there have been many studies and opinion articles about a growing voter segment that has drifted to the Republican Party. Earlier this summer, one poll showed that Hispanics gave President Biden one of the lowest approval ratings compared to other voting groups.
To begin with, Hispanics are not a monolithic voting group. They need to be viewed as a socio economic group that compares to similar voters. White, blue collar workers without college degrees mostly vote Republican. Hispanics who fit that description also are religious and practicing Catholics or evangelicals. On July 31, 2022, the Cleveland Plain Dealer published an article I wrote titled, “is Maura Flores The New Face of the Republican Party?” Her slogan of “Faith, Family, Country,” appeals to many Hispanics, citizens as well as immigrants. Hispanics don’t do Wokeism, and don’t even call us Latinx.

Republicans in Ohio and Lorain County are in a strong position this year and the national climate favoring Republicans helps us even more.
While individual candidates, their campaigns, and issues are what determine most races, oftentimes it is external forces such as the total landscape that influence the final outcome.


Welcome back to the Lorain County Republican Party Newsletter!
HQ is open for voting season!
Now - November 7th the HQ in Lorain will be open from 9AM-4:30PM.
Come in to get signs or literature to hand-out in your community!
WE HAVE STRIP TICKETS!!!

SIGNS: Our headquarters has signs for our November candidates. If you wish to have any of them.

VOLUNTEERS NEEDED: We need volunteers to stand outside the BOE to hand out strip tickets for 2-3 hours daily.

ELECTION DAY WORKERS NEEDED: We need paid workers to stand outside polling locations county-wide for the purpose of handing out strip tickets on Election Day. This involves working from 6:30am to 7:30pm. All workers will be paid $150.00.

If you are interested in any of these activities, please email us at loraincountyrepublicanparty@gmail.com

Thank you for your participation in our county party's activities. Have a good week! 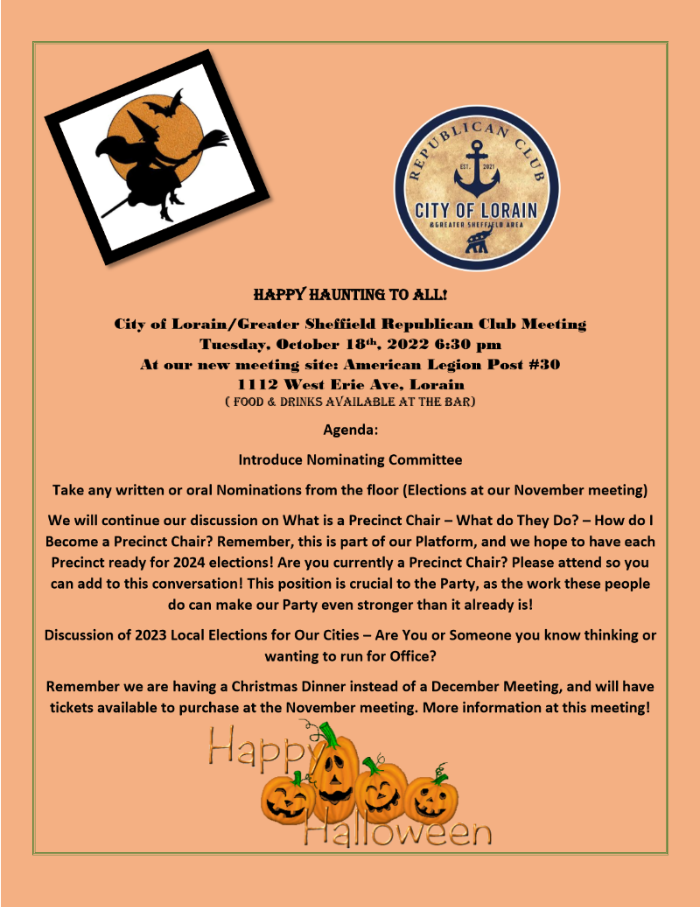 Hear from Ohio's First and Second Ladies, Fran DeWine and Tina Husted as they travel the state to promote the Our Ohio Families Tour!

Jim Dowdell and 2024 Sheriff candidate, Jack Hall, will be giving a presentation regarding the history and intent of the second Amendment! All are welcome.

LCYR is meeting at GOP HQ in Lorain. We will be discussing the role of a Chairman within an organization. We will have a few housekeeping items to discuss, as well as final prep for our SUPER SATURDAY! (Where we plan to meet, what routes we plan to take.) 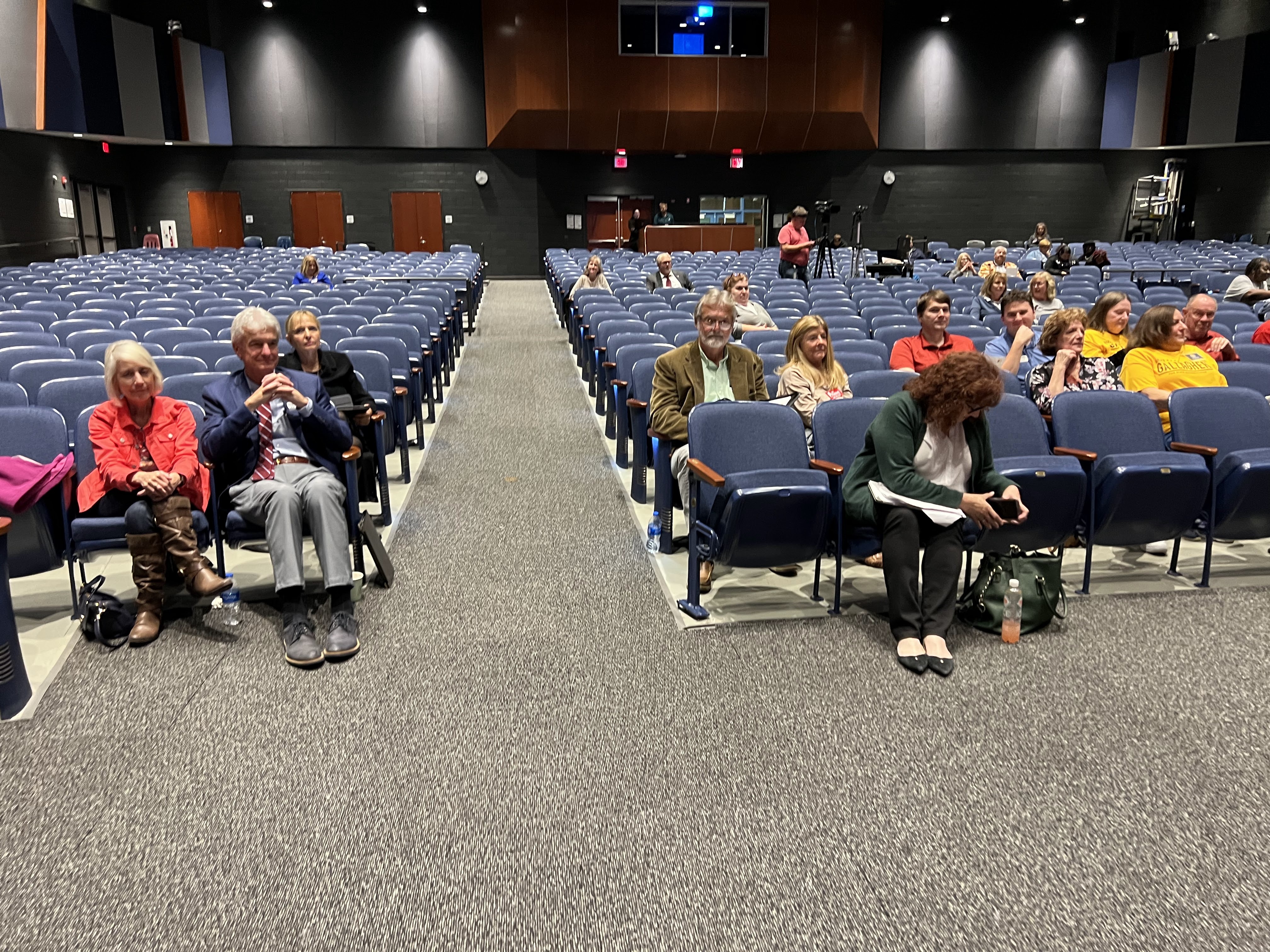 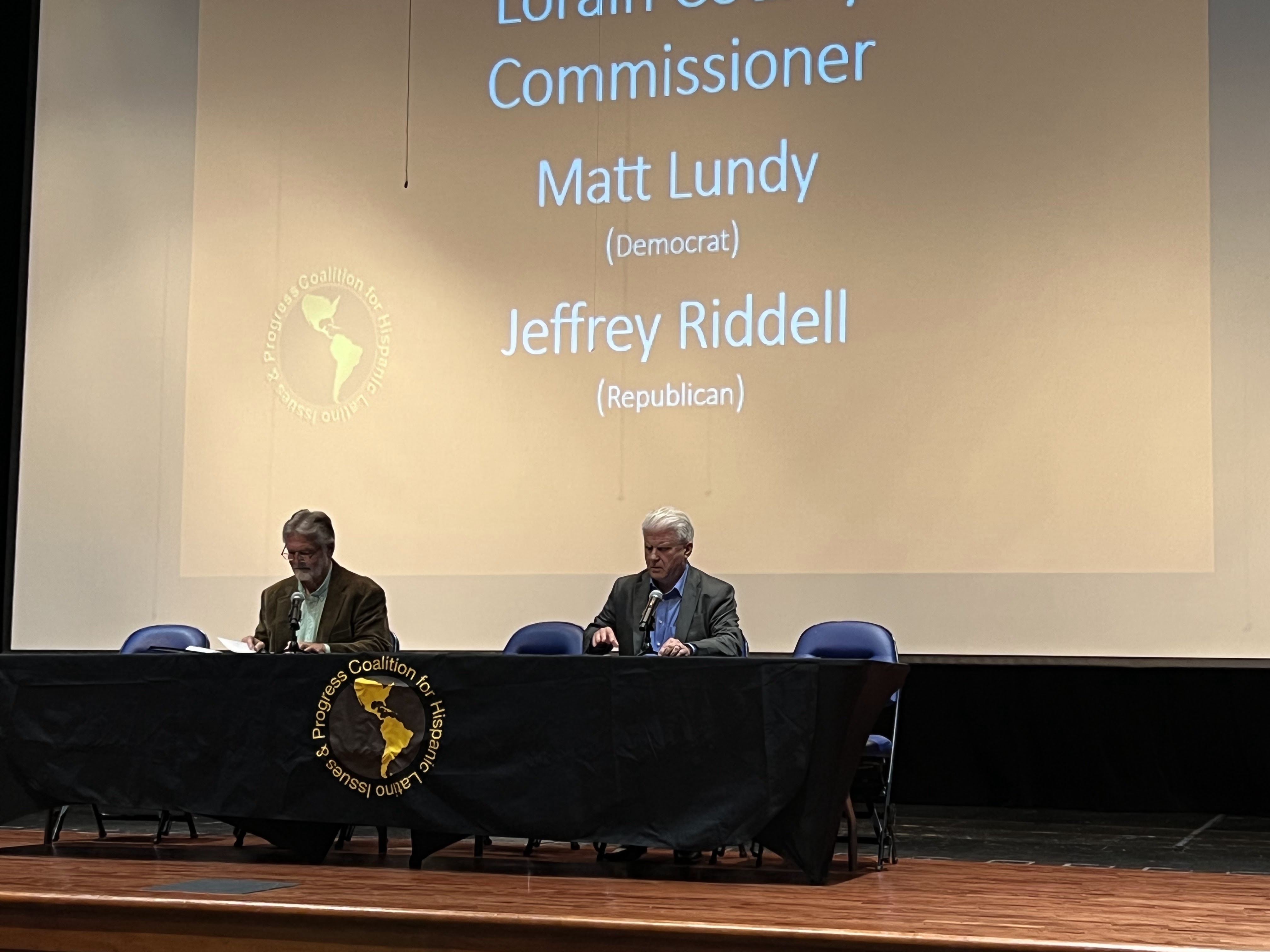 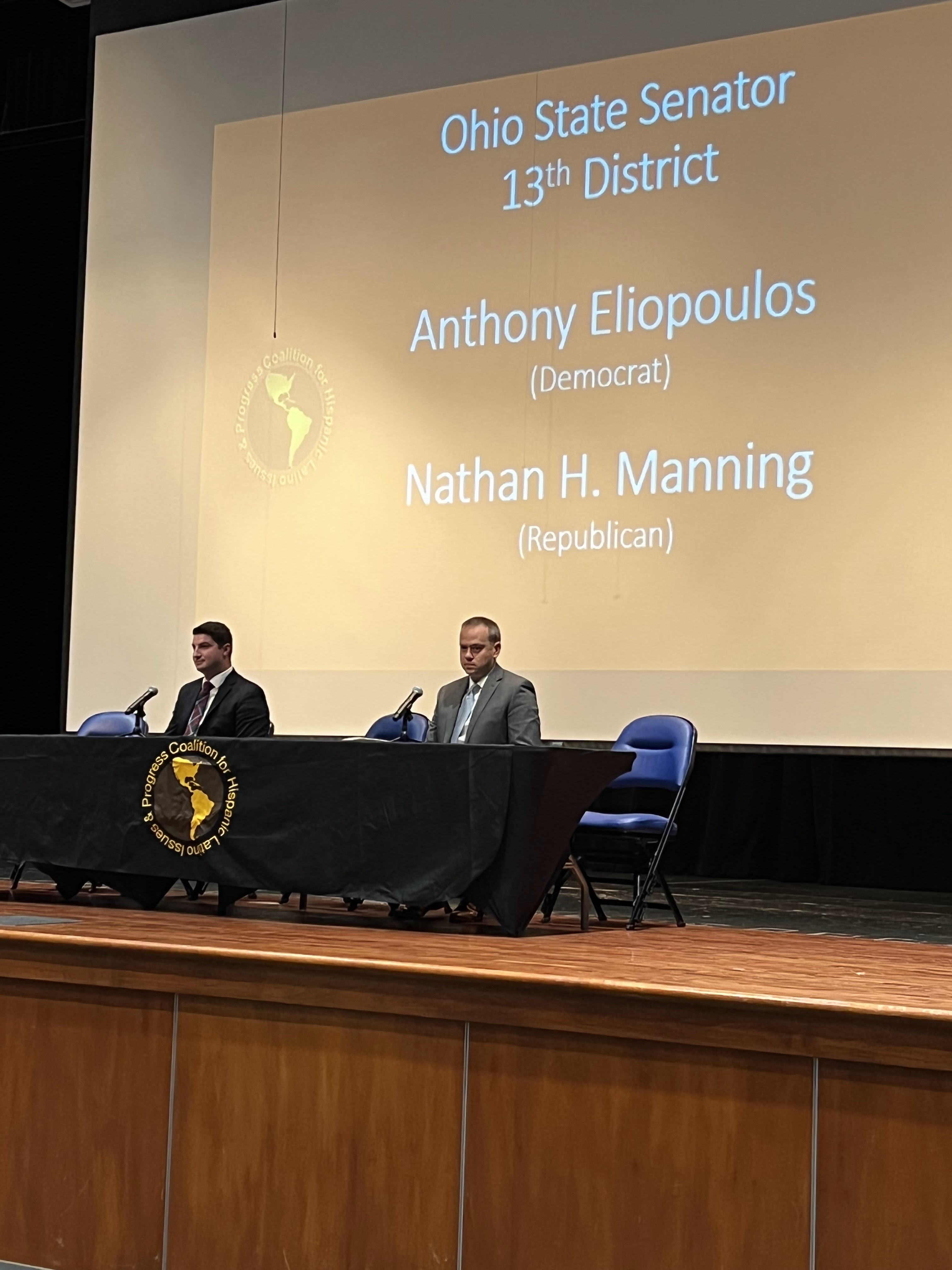 All our candidates did great at the CHIP candidates forum!
Feedback from YR Chair Greg Fanning in the audience was that Rodger Roeser DEMOLISHED Democrat Craig Snodgrass! 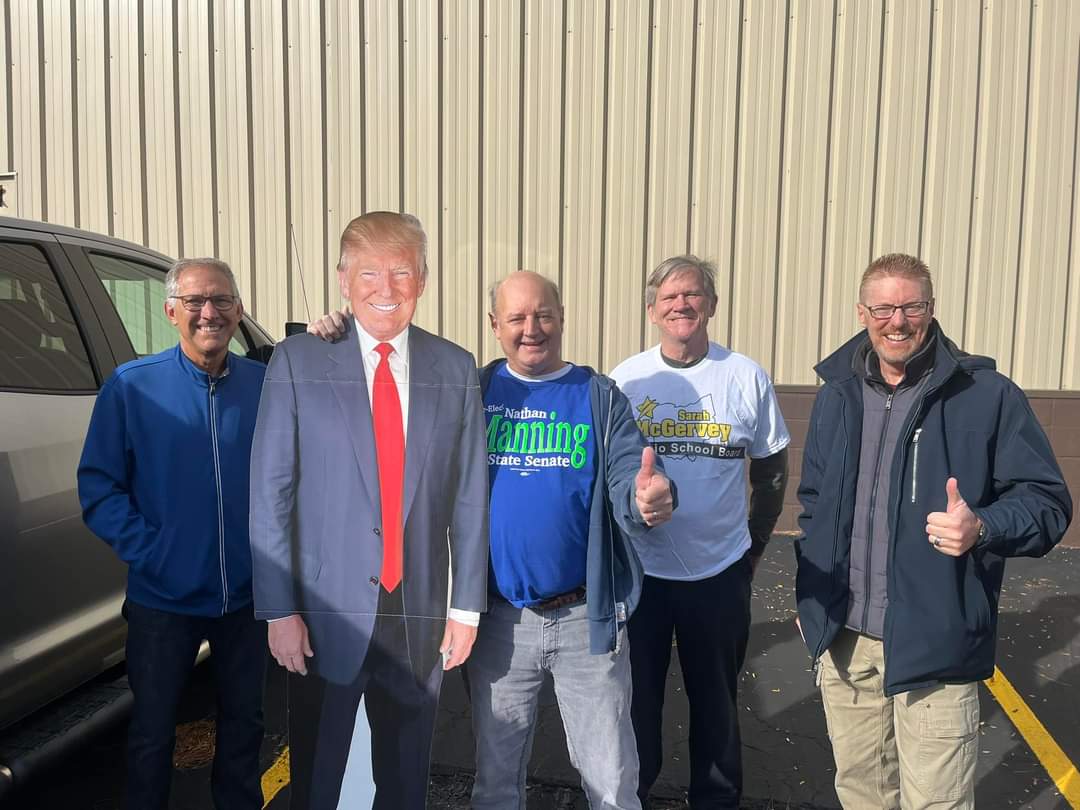 Each week the Avon-Avon Lake Area has a contest. Whoever knocks the most doors each week gets to take home "The Donald"! This week it was door-to-door veteran Mike Schleckman! 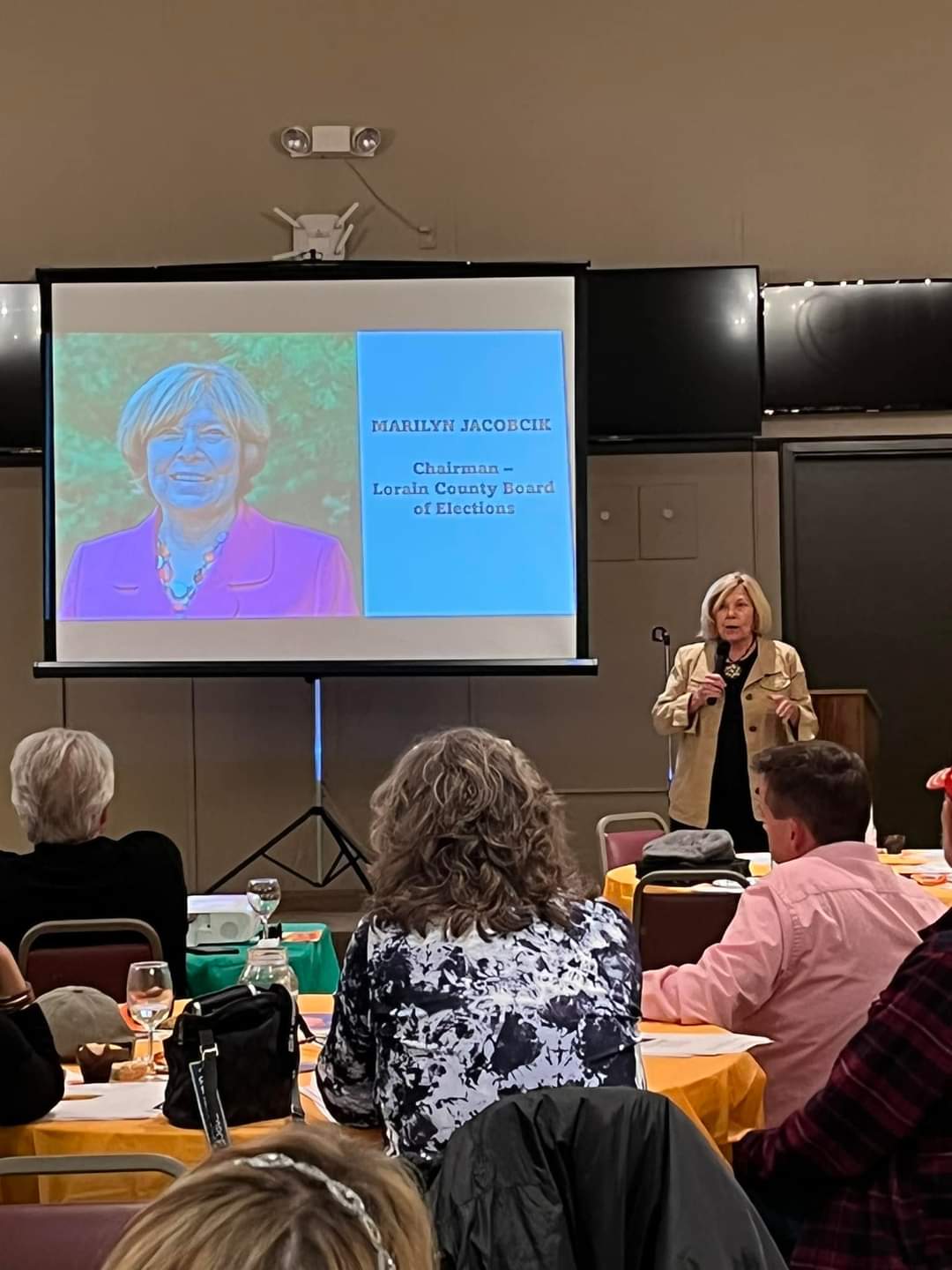 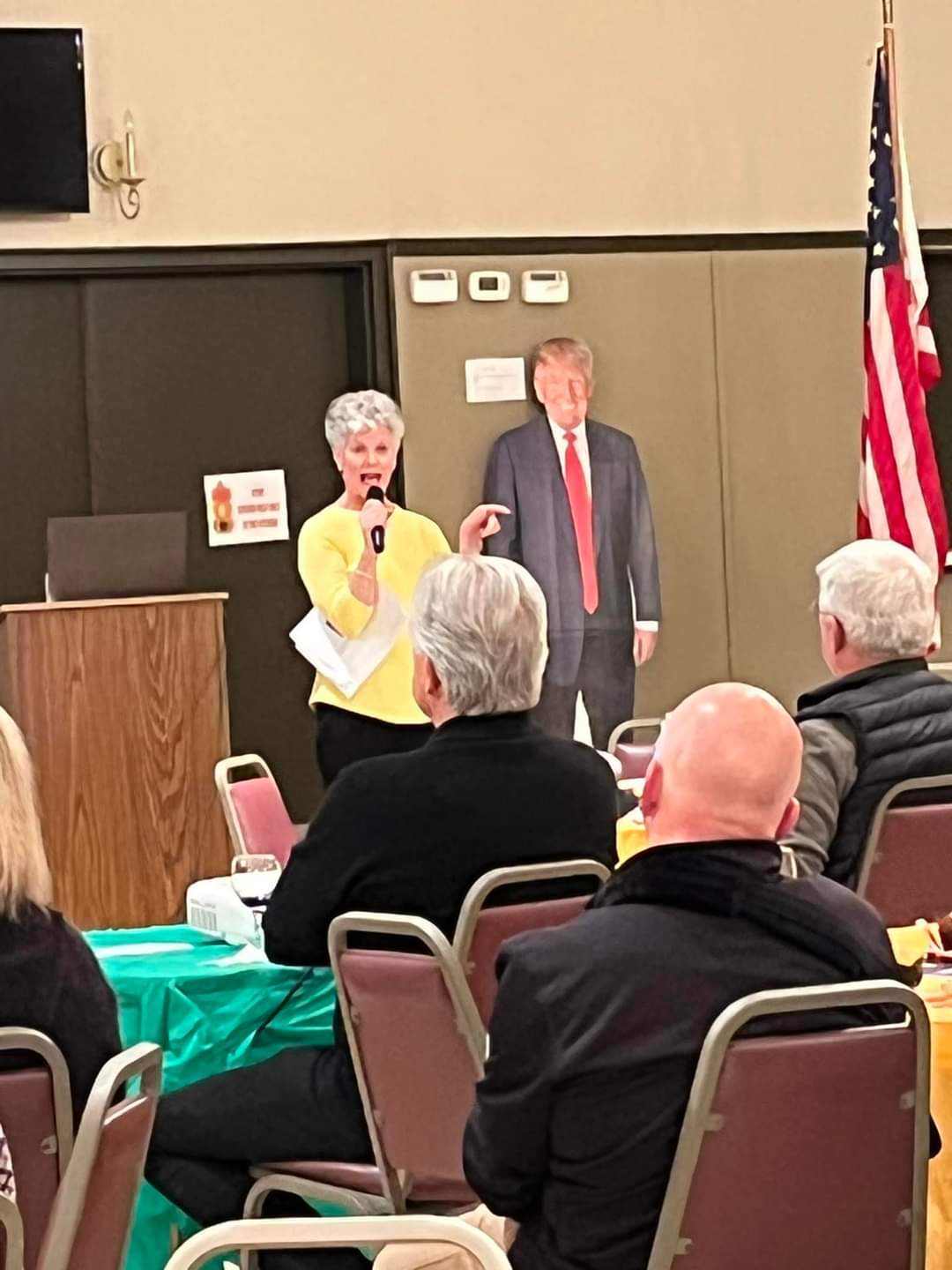 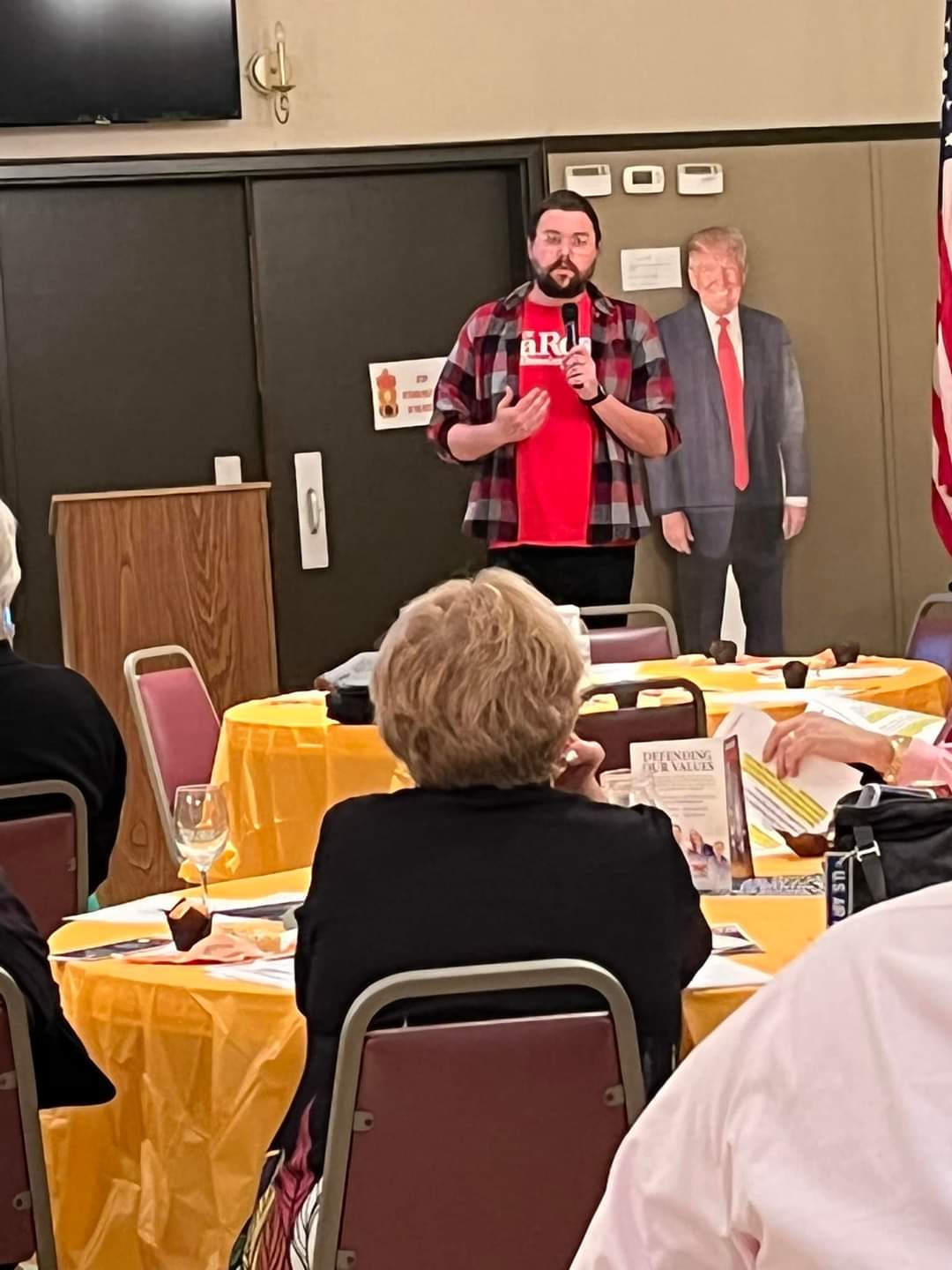 The Avon-Avon Lake Republican Club continues be the gold standard in GOP groups across Lorain County. With the greatest membership numbers, the largest event turnouts, and the most door-to-door activity, the AALGOP continues to set an example for the rest of Lorain County! Another great meeting in the books.

We want to thank you for giving us your time and attention these last few minutes. We hope this newsletter helps you stay up to date on Republican activity in our County!
The Election is close and early voting is in full swing! DON'T FORGET TO VOTE!!!!!!!!