This week's newsletter is about a few upcoming meetings, as well as remind you about our 2nd Primary this year, which will be for our State House, State Senate, and State Central Committee seats.

If you see an event you're interested in please click the link or image for the event to learn more, and please, don't forget to VOTE in the approaching August 2nd Primary election. Early voting ENDS on August 1st at 2PM!

Campaigns are looking for help on the ground come November and they are going to need precinct leaders and volunteers to help elect our Republican candidates!

Don't hesitate to reach out to your local GOP area leaders to get involved however you feel best utilizes your talents!


MESSAGE FROM THE CHAIRMAN:
July 25, 2022
ASK FOR THE REPUBLICAN BALLOT!

It is less than one week until the August 2 Primary Election and unlike the May Primary Election, the Lorain County primary only involves candidates for the Ohio House of Representatives, Districts 52, 53, and 54, the Ohio Senate, District 13, and the Democrat and Republican State Central Committee.

Early Voting is currently being held at the Lorain County Board of Elections through August 1. You may choose to request an Absentee ballot and vote by mail now as well. Primary Election Day August 2, 6:30am-7:30pm is your third option for voting.

I am currently the Male member of the Ohio Republican Party State Central Committee, District 13, and was appointed to fill a vacancy September 10, 2021.

In reaching out to colleagues, friends and neighbors asking them to vote for me, I’m often asked, “David, I’m a Democrat and I want to vote for you, is this possible?” My answer is, “yes you may. When voting Early or Election Day, simply ASK FOR THE REPUBLICAN BALLOT.” Some states have “open primaries” while others offer “closed primaries.” Here is the difference. Ohio has an “open primary” which allows for any registered voter, regardless of previous affiliation, to vote in either party’s primary election. This is how you may identify as a Democrat or Republican. In a “closed primary,” you must register your party affiliation prior to the primary and may only vote in your party’s primary.

Turnout is expected to be low. Please vote NOW, or on August 2nd. 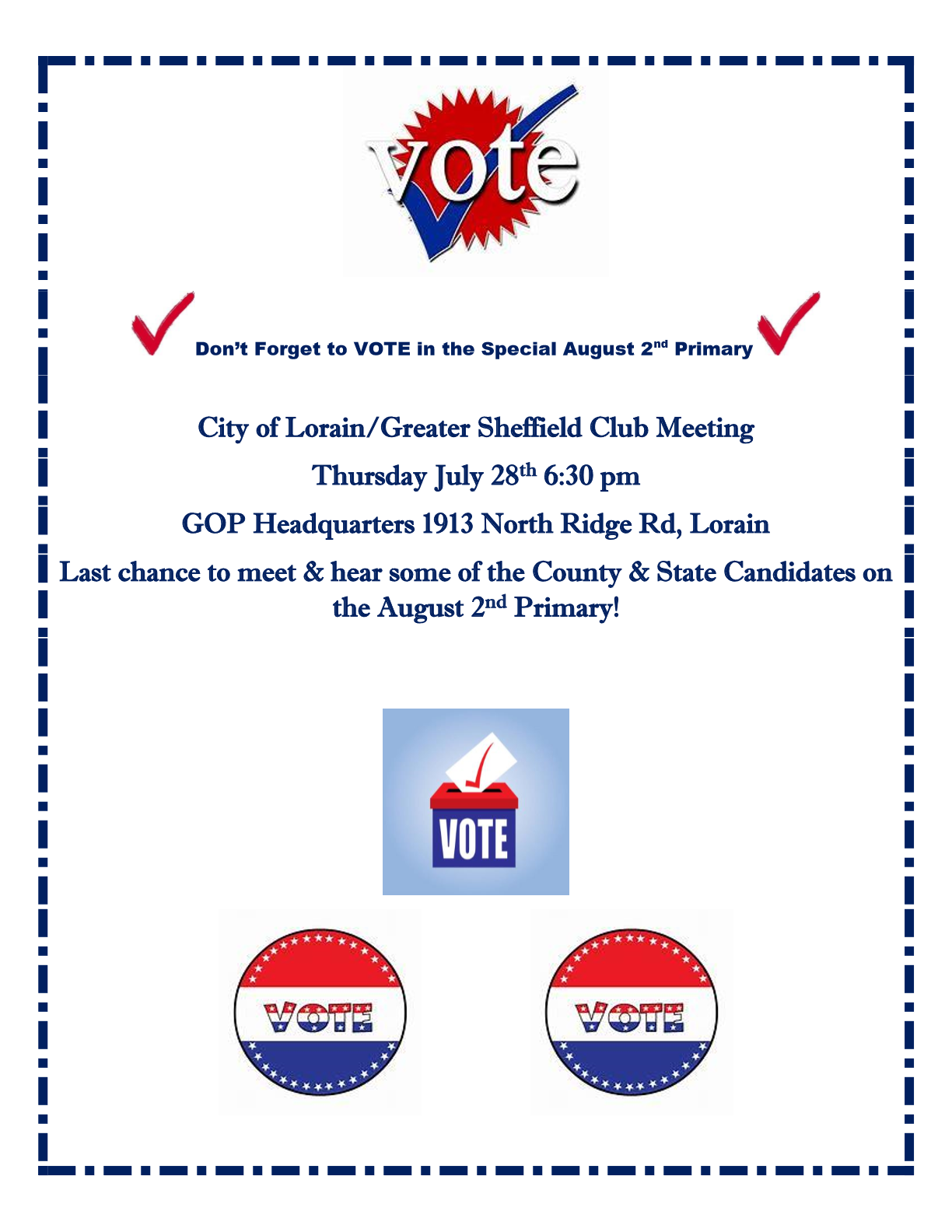 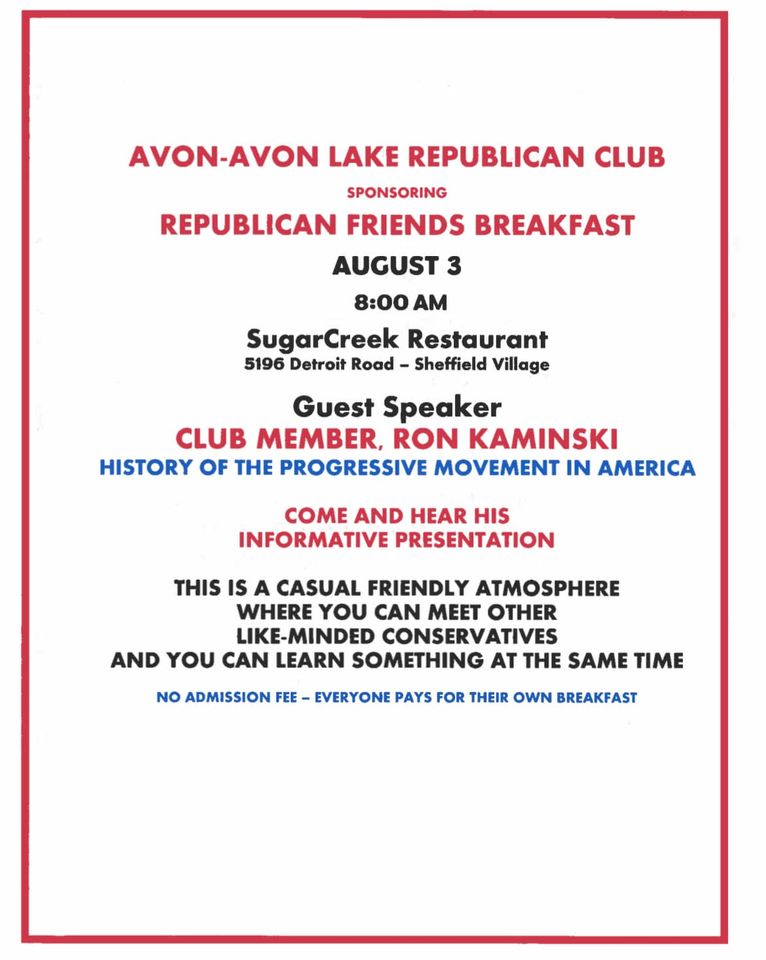 
Meetings are held on the first Thursday evening of each month starting at 6:00PM.   Our meetings are open to all Republicans in Lorain County. Please come early and enjoy talking with some of your conservative friends. Meetings are held at:

Don't forget to Vote in the August 2nd Primary and most of all to work together for victory in November!