This week's newsletter will contain a jammed packed list of upcoming meetings, as well as remind you about our 2nd Primary this year, which will be for our State House, State Senate, and State Central Committee seats.


If you see an event you're interested in please click the link or image for the event to learn more, and please, don't forget to VOTE in the approaching August 2nd Primary election. Early voting has already started!

LAST CALL FOR SEATS TO THE DINNER!
ONLY 6 SEATS REMAIN!
CLICK THE LINK TO SIGN UP AND PAY! 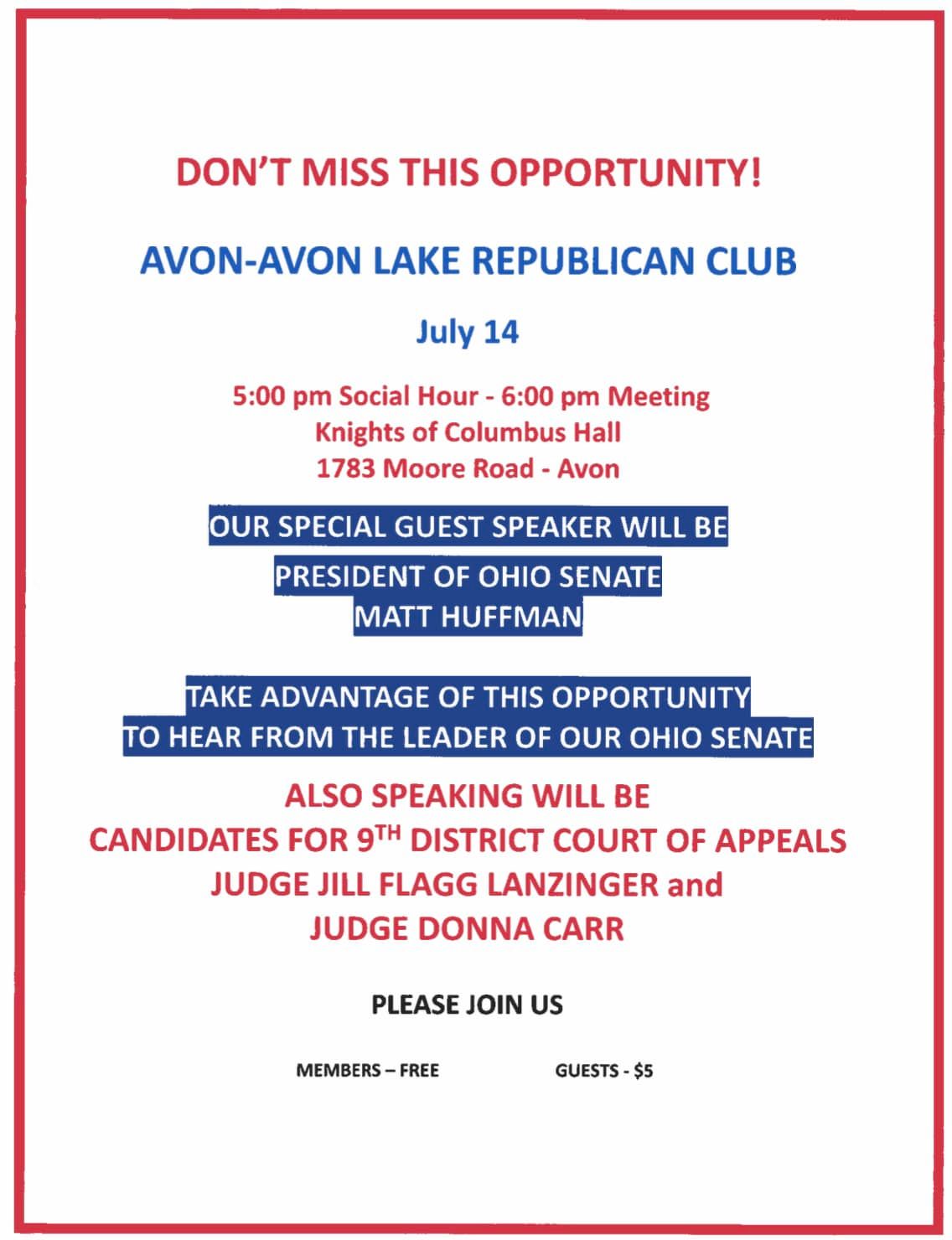 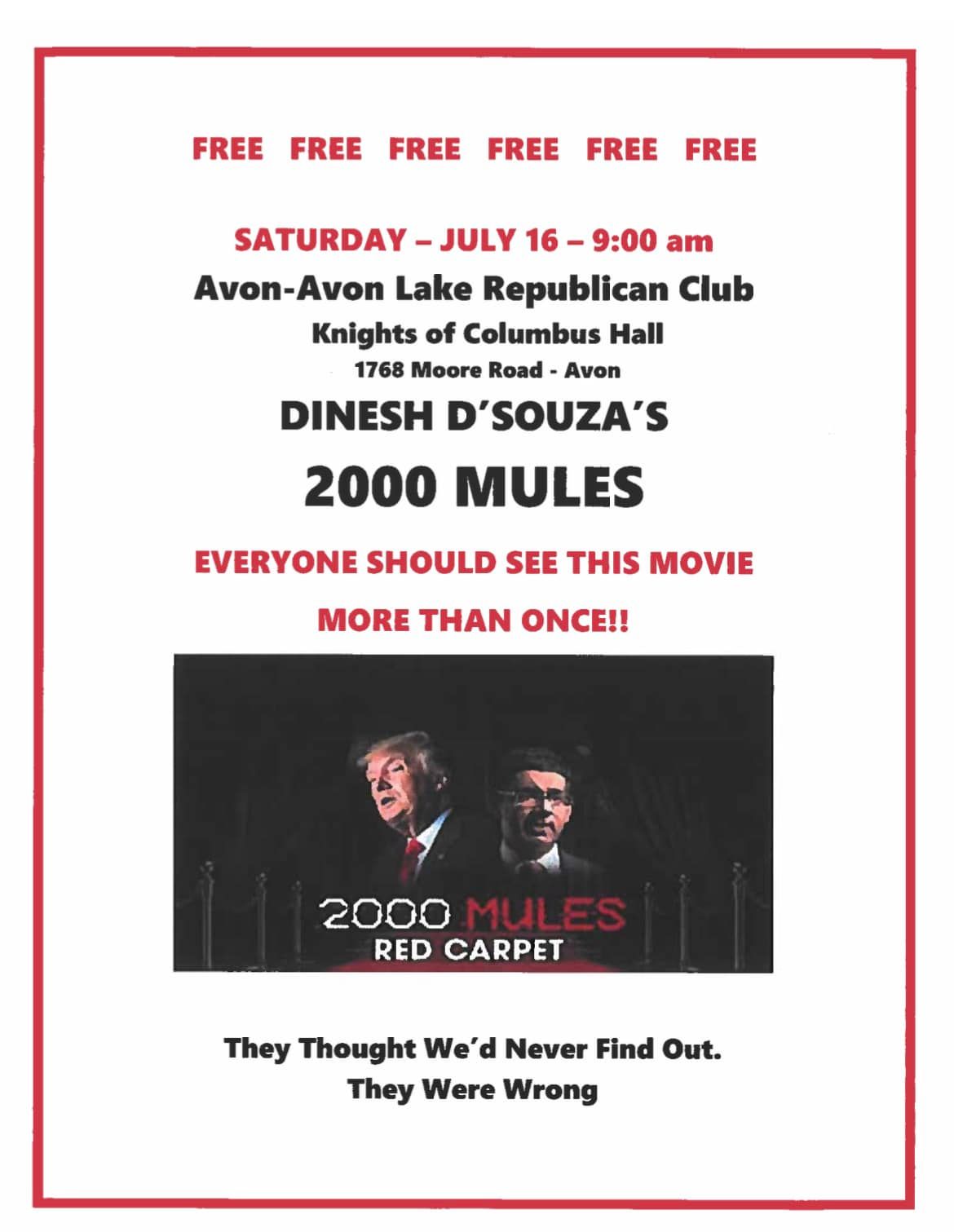 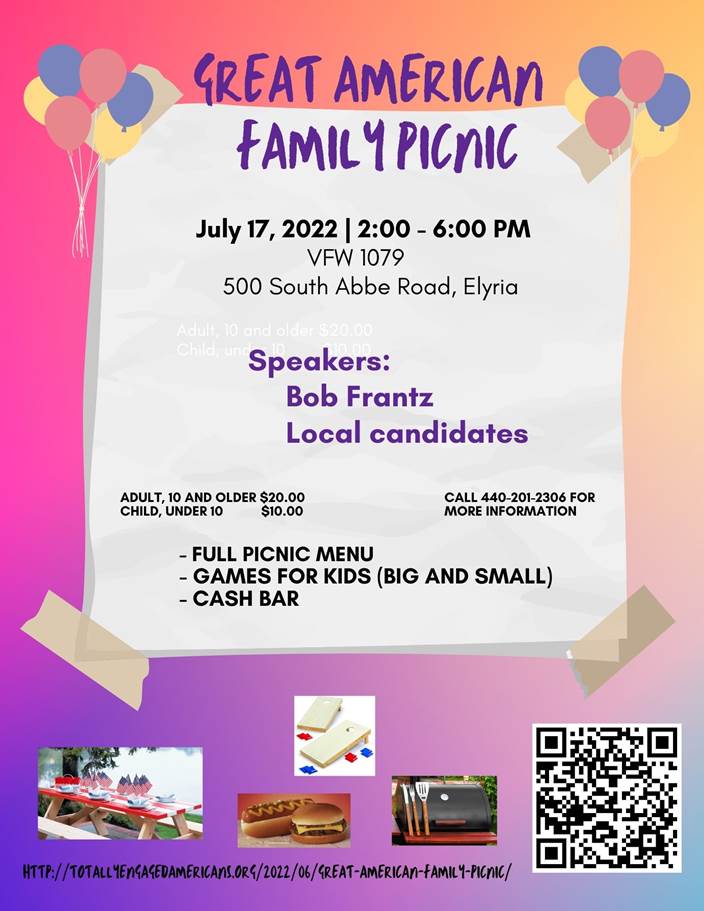 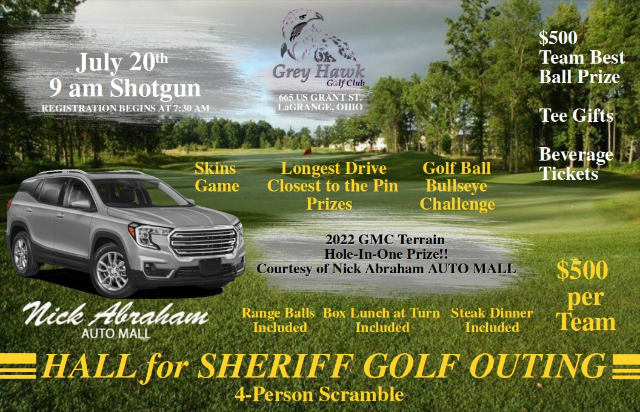 
MESSAGE FROM THE CHAIRMAN:

Good Sunday Everyone. I’m pleased to tell you that this past Wednesday, I was voter No. 1 in Lorain County as Early and Absentee voting began. This will continue at the Board of Elections through August 1.  The actual Primary Election Day takes place Tuesday, August 2, 6:30am-7:30pm. The candidates and more details are available on the website Voteloraincounty.gov.

Due to the overreach of the Ohio Supreme Court which refused to approve the maps for the Ohio House of Representatives and the Ohio Senate, these candidates were unable to participate in the May 3 Primary Election, hence this new primary August 2. Additionally, candidates for both the Democrat and Republican State Central Committees are also on this ballot.

The Ohio Republican State Central Committee consists of 66 members, one female and one male, who represent the 33 Ohio Senate Districts. The State Central Committee’s main task is to elect the chairman and officers who in turn help elect our state office candidates. As the current 13th District committeeman, I am seeking to retain my seat in this primary. My counterpart on the Committee is Committeewoman Patty Stein. Both of us have opposition so you will have a chance to voice your opinion.

Last but not least, Senator Nathan Manning is on the primary ballot and opposed by Kirsten Hill who is the District 2 representative on the State Board of Education.

Even though the ballot is brief, we still need you to exercise your right to vote in this primary in order for us to complete our ticket for the November General Election.

Early, Absentee, or Election Day. In Ohio its easy to vote, hard to cheat.

Don't forget that early voting has already started for the August 2nd Primary and to work together for victory in November!