This week's newsletter will contain all of the upcoming meetings, as well as remind you about our 2nd Primary this year, which will be for our State House, State Senate, and State Central Committee seats. Last week we saw the historic overturning over Roe V Wade, the faulty precedent that had led to the deaths of more than 60 million unborn children. GOP candiates, volunteers, and leaders walked in the Lorain International Festival Parade. The North Ridgeville GOP is having their annual picnic, and Lorain County Sheriff candidate Jack Hall explains the Constitutional carry bill.


If you see an event you're interested in please click the link or image for the event to learn more, and please, don't forget to VOTE in the approaching August 2nd Primary election.

The above link will allow you to view the Supreme Court decision for yourselves.
Roe V. Wade has finally been defeated. Its real. You don't have to pinch yourself.

This decision places the abortion issue square on State Legislatures moving forward. The Ohio Statehouse is now the right-to-life battleground. It will now officially fall to our State Senators and State Representatives to protect life in Ohio!

LCYR Trump Day: This event was postponed to July 12th

Annual Republican Club Picnic.  June 28th from 6-8 pm in pavilion 1.  Club to provide hot dogs and buns.  Please sign up to bring needed items to share by clicking on the link below.  In the case of inclement weather we will reschedule to June 30th.
https://www.signupgenius.com/go/904044CAEAD23ABFA7-republican

Lake House Picnic Fundraiser for Sarah McGervey:
Family, Fun, Food! Come on out to support Sarah McGervey and have a good time doing it! Family friendly! Bring the kids! 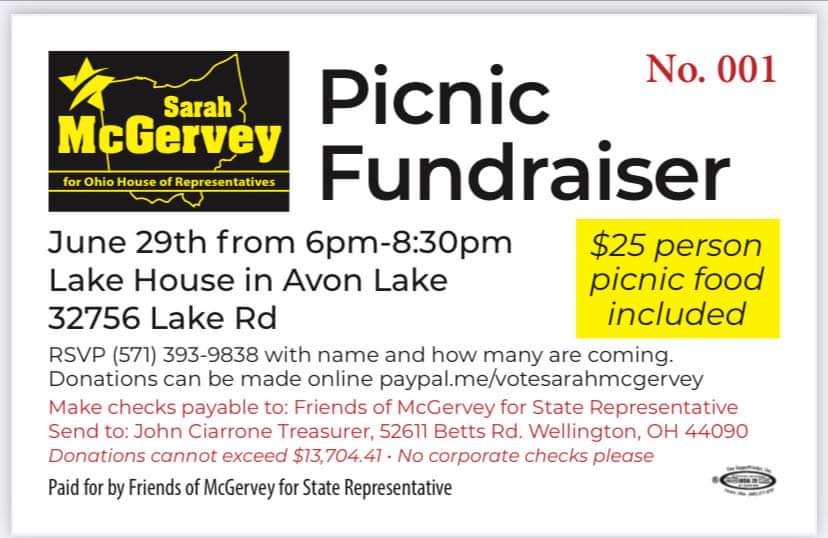 The Amherst Area GOP had candidates come to speak to them and learn more about the people running in the August 2nd Primary. All candidates for the August 2nd primary were present or represented at this meeting.

The Lorain County GOP held its Executive Committee meeting and heard reports from around the county and discussed future plans and activities. One such report was a legislative update presented by State Senator Nathan Manning. (pictured below) 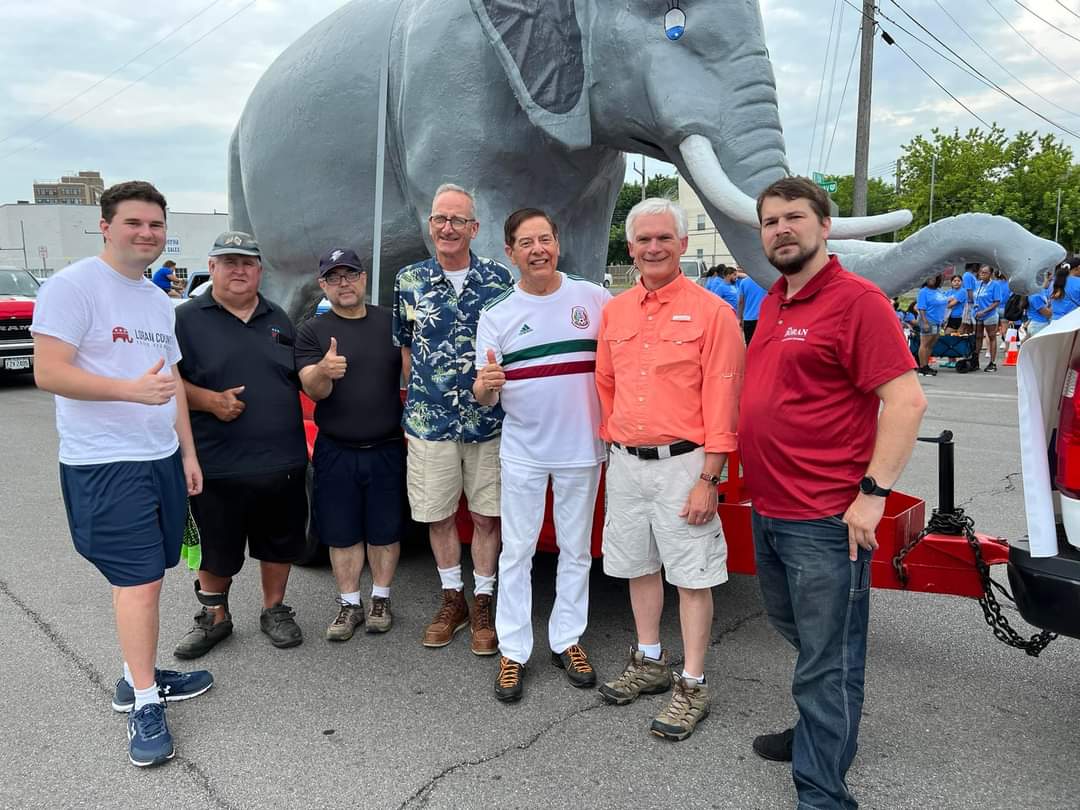 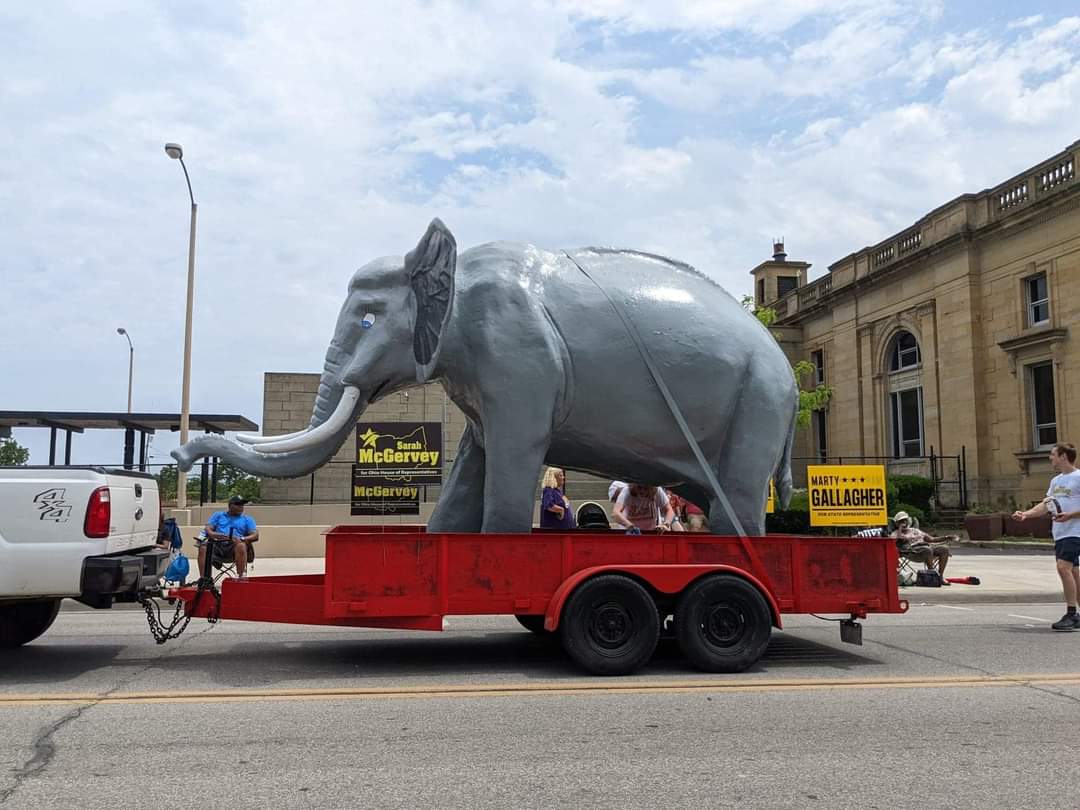 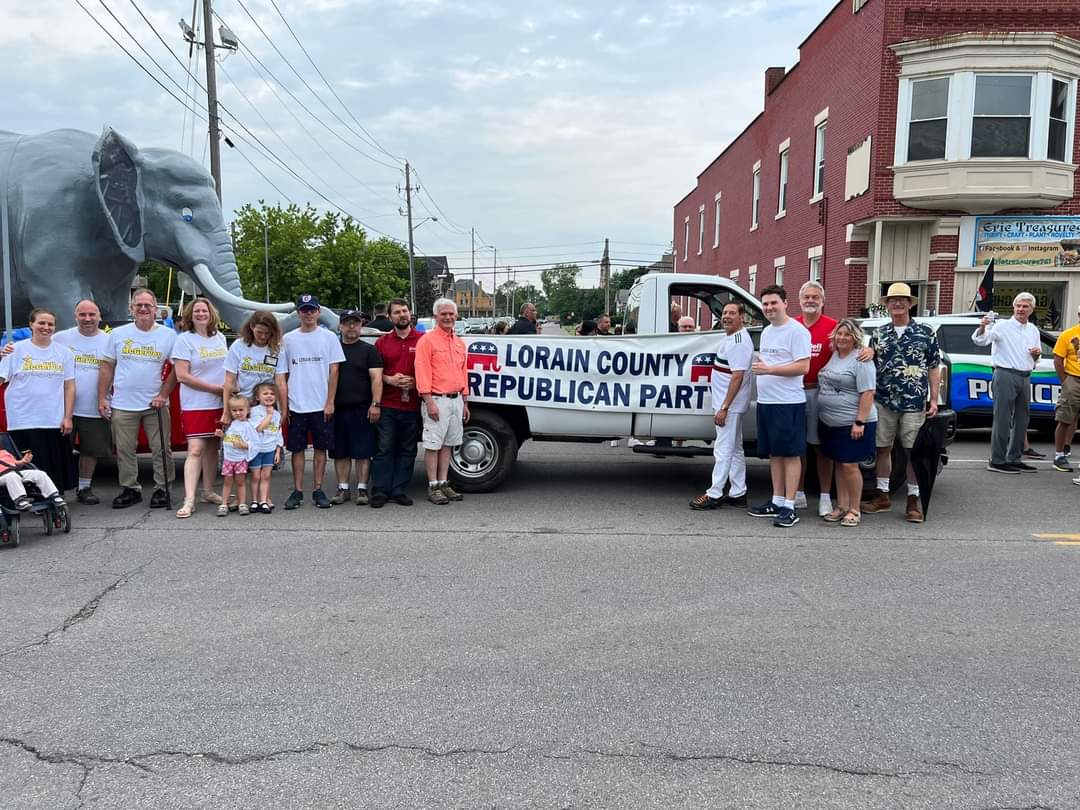 Okay, this REALLY may seem repetitive again, but we must really stress that voters must NOT ignore the August 2nd Primary! This week we have a minor update, can you find it?
Our Primary was split into two separate elections.
Due to the current election map situation our State Representative, State Senate, and State Central Committee races have been pushed back to August 2nd.


MESSAGE FROM THE CHAIRMAN:
Statement Concerning the Supreme Court of the United States Decision in Dobbs Versus Jackson, June 24, 2022, David Arredondo, Executive Chairman -
Today’s Supreme Court ruling, Dobbs versus Jackson, corrects one of the greatest legal and moral errors in our nation’s history, an error comparable to previous Supreme Court rulings made in the Dred Scott Decision and Plessey versus Ferguson.
This decision was not possible over the past 49 years due to the composition of a liberal-Left-leaning Supreme Court which consisted of both Republican and Democrat justices who supported Roe versus Wade. Over the past forty-nine years, so many have worked to overturn this decision as well as protect the unborn: attorneys and advocates, pregnancy resource centers, volunteers, the Catholic Church and many clergy members, just to name a few. I sincerely thank them for their work and prayers.
Above all, thanks and appreciation must go to former President Donald J. Trump for his nomination of current Supreme Court justices Amy Coney Barrett, Neil Gorsuch and Brett Kavanaugh. And similar thanks must go to then-Senate Majority Leader Mitch McConnell for his relentless efforts in their confirmation by the U.S. Senate. Without them and Justices Samuel Alito and Clarence Thomas, it would never have been possible.
Here is what is important to know about this decision. The Supreme Court has rightly decided that there is no provision in the US Constitution that grants a federal protection to the practice of abortion.
The authority to regulate abortion and its practice now rests where it belongs, elected state legislatures. Each state now has the authority through its House and Senate to determine what level of abortion is permissible, if any.
The fight to end Roe may have finally concluded...but the fight over abortion regulation is about to heat up in Ohio and all other states. As a Republican party that has long valued the lives of the unborn, we welcome this challenge, and will champion the rights of those who cannot speak for themselves, as we always have, and always will.

Don't forget to vote in the upcoming August 2nd Primary and work together for victory in November!
If you feel so inclined to help the Lorain County Republican Party to elect Republican candidates come November, please click the Donate button below.
To help us keep our court RED we ask that you add a note that you would like your donation to specifically support Judicial candidates. We can handle the rest.